Making a Baby Dress out of an Old Shirt 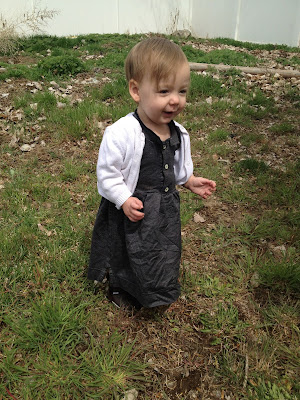 When I was a kid I remember my Mom sewing me clothes because it was just so expensive to buy clothes for all five of us kids. Its funny how things have changed. I can go to the store and buy my daughter a dress for ten dollars or I can go to Hobby Lobby and spend eight dollars on a yard of fabric, two dollars on a zipper, one dollar on a dress pattern (if its not on sale I would spent 4-10 bucks) and then go home and spend a few hours making the dress. Sometimes it just isn't practical to sew when you can buy it already made. But If you get creative you can make things for relatively cheap. Look around your house and reuse things that you would normally just give to good will. Re-purposing things sometimes forces me to be a little more creative. Even though making things sometimes ends up being a little pricey and time consuming, I really enjoy it. In some ways, sewing has become my therapy. When I have had an absolutely horrible day where nothing has gone the way I planned. When I've spent all day trying to keep Alice from climbing on everything or when I have to scrub Charlies artwork off of the walls, crafting is my escape from the stress. 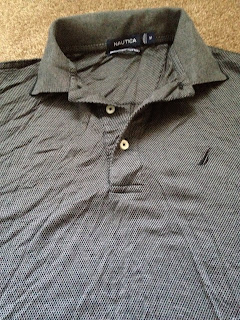 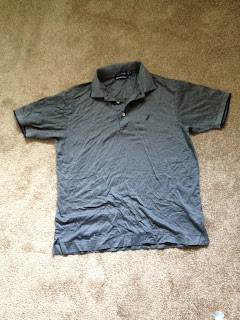 This week I was looking through a pile of old clothes that I keep with the intent that I may use them in a project some day, and I found a shirt that my Husband refuses to wear because he HATES to wear anything with a collar. At his last job they had a strict dress code and we bough him a bunch of polo shirts out of necessity. If he had a choice he would have gone to work every day in flip flops a t-shirt and shorts. Now that he has a choice as to what he can wear to work, he wears a t-shirt everyday. And I have a plethora of polo and button up shirts that he refuses to wear (even though he looks amazing in them). I couldn't just throw away all of these shirts (I am a pack rat) so I have saved them until I found something that I really wanted to make.

I figured I would make Alice a dress and here is how I did it.
I used my seam ripper and took apart most of the shirt, the collar, sleeves and the short band at the bottom of the sleeves were all taken apart. I saved all of the pieces because I had no idea what I was was going to need.
Once most of the shirt was deconstructed I took the main part of the shirt cut it in half just below the buttons. 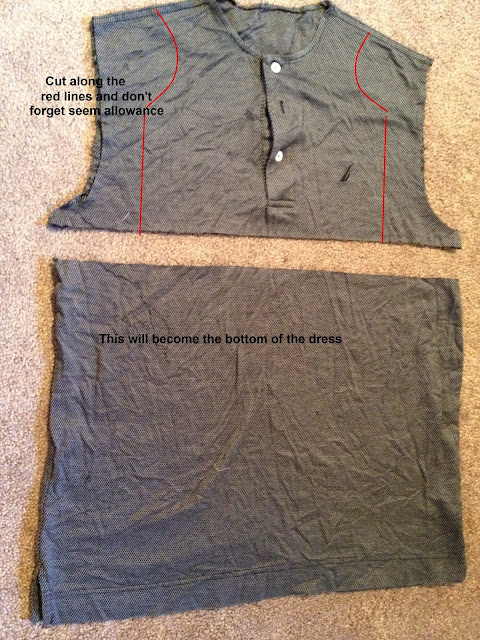 Then I laid a dress that currently fits Alice, on the top part of the shirt and use it as an outline to measure out how big I needed to make the new dress. Then I folded the shirt in half  so that I could cut the arm holes and the sides of the dress to the size I though should work. Since I didn't have a pattern I left the shit pretty big and put it on Alice to see how much I needed to adjust the arm holes. It was really nice to  be able to test the size of the dress on her as I made it. After a little adjusting I sewed both sides of the shirt until I got to the arm holes. Then I put the shirt back on her and I realized that the neck of the dress was just too big, so I took it in a little. The way I fixed the neck required me to adjust the arm hole location again.
Since the old collar was just too big, I took one of the arm bands and sewed it around the neck opening as a new collar. Next, I took the remaining armband and cut it in half and used each of them on the arm area to give the sleeves a finished look.  I then took the bottom half of the shirt that I cut off earlier and gathered the fabric and attached it to the top of the shirt. I didn't need to worry about hemming up the bottom of the skirt because I kept the original hem. 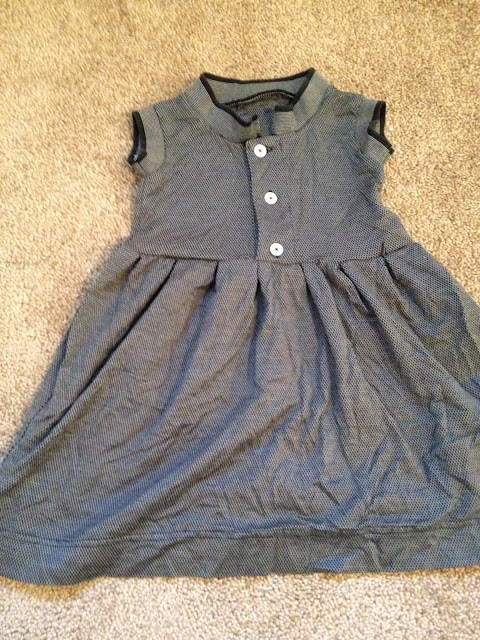 The dress is still a little too long for her, she trips over it when she climbs the stairs. I will have to shorten it a few inches. I am also working on some flowers to add to the dress so that it doesn't look so bland but I haven't had time to finish them. 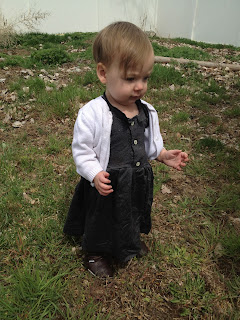 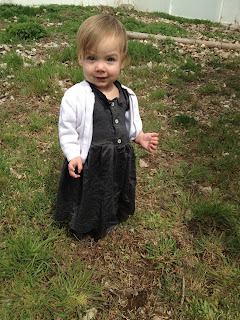